Of course science can be trusted. The scientific method was designed to engender trust. It was devised by people with a Judeo-Christian worldview who believed the world to be governed by rules and order because they believed God was a God of order. 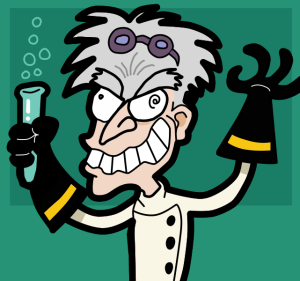 The remedy for untrustworthy scientists has always been other trustworthy scientists. The scientific method calls for hypotheses to be tested and for the results to be repeatable by others. It calls for hypotheses to be falsifiable; that is, experiments should be able to show a theory to be true or false. A hypothesis that is considered true no matter the results is not a scientific hypothesis.

Which brings us to climate change.  I picked up this book, Climate Change: The Facts

Science writer Matt Ridley has written an essay decrying just this destruction of the reputation of science by the climate-change-catastrophe promoters called “The Climate Wars’ Damage to Science “(published by Quadrant Online, a prominent Australian magazine). He documents case after case of scientists who have spoken negatively about or published critiques of the climate change hypothesis and have lost their jobs, lost access to publishing outlets, or been publicly vilified  for their “wrong” beliefs. He despairs that the trillions of dollars involved in the climate change industry have made it impossible for science to self-correct. Too many scientists are invested with their careers and personal prestige to consider that some of their “facts” are not true.  One of the commenters to the article quoted Upton Sinclair, and the quote is apropos here:

“It is difficult to get a man to understand something when his salary depends on his not understanding it.”

Climate Change: The Facts, however, is an attempt to counteract this failure of science. The essays range from the intensely scientific to the intensely funny take on the whole mess by Mark Steyn (his essay is worth the price of the book). The book takes on the basic questions of climate-change-catastrophism:

Well of course it is. The climate changes. It has changed in the past and it will change in the future. 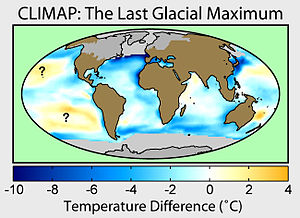 Is this change caused by human activity?

In a way, this question is immaterial. It’s only use is through the presumption that if something mankind is doing is causing a problem, then mankind can simply stop doing that and the problem goes away.  But even if mankind stopped all activity, climate change would still occur—because climates change. But that leads to the next question…

Is climate change a problem?

There are several essays in The Facts that address this issue. And this is really one of the key questions that scientists are divided on. CO2, which is one of the drivers of warming, is actually a good thing. Our planet has gotten greener with a rise in CO2. And the current  rise still doesn’t match the highest levels in the history of the planet.  The “climate models” that scientists use to predict the climate a hundred years from now are completely unreliable—because no computer can process all the variables needed to predict the climate even a decade from now. With such uncertain information, what should we do? So the next question is…

Should we do anything?

The climate-change-catastrophe promoters believe that global warming will devastate the earth and even if we aren’t sure that it will, it is such an existential threat that we must act (the precautionary principle). Well, this is nonsense on stilts, because there are so many other possible existential threats out there (asteroids, supervolcanos, even global cooling) that we can’t possibly act to prevent all of the threats. And the costs to us are enormous—especially when compared to future generations, which will be wealthier and have more technology than we can imagine for coping with change.

It is like a group of scientists in 1870 projecting that with current population growth the horse population would have to grow unsustainably large in order to transport all the people. They predict that in a hundred years there would not possibly be enough cropland to feed everyone. And so they embark on a campaign of limiting horses for the general population (the scientists and politicians of course would need horses in order to administer this program). But it turns out in 50 years, horses aren’t needed for transportation at all.

Or think about requiring your six-year-old to save 20% of her 50-cent-a-week allowance to pay for college. 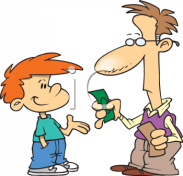 The savings would be immaterial to her college fund, but are extremely onerous to a six-year-old.  So why should we, the poorer generation try to predict what a future generation will require and pay out of our current relatively meager sums to fund something they may not need.  And even if we decide we should try to spare future generations a warmer climate that may nor may not occur and may or may not be beneficial, the next question is…

Can we do anything about climate change?

Since the climate is worldwide, the whole world will have to cooperate with any policy designed to curb global warming. But developing countries must continue to use affordable fossil fuel energy if they are to continue the path toward prosperity. They are not keen for first world countries to tell them they can’t use coal. So they will continue to use it, and all the contortions the first world citizens go through to avoid using fossil fuels will basically be for naught.

On top of that, even first world countries can’t afford the costs of converting completely to renewable energy. In fact, the renewables of solar and wind are unable to sustain our energy needs because they are not dependable. No only that, if a truly environmentally friendly standard were used, fossil fuels and nuclear power (the banes of enviro-radicals) would win over solar and wind. This is because fossil fuels and nuclear power are energy dense; the footprint for extracting the energy from them is small. In contrast the number of windmills and solar panels needed to equal the energy equivalence of one high-producing oil well is astronomical.

I did a quick comparison.  One windmill produces 3,285,000 kwh (kilowatt hours) per year. There are offshore oil wells that produce upward of 200,000 bbls per day;  200,000 bbl equals 325,640,000 kwh per day! An offshore oil rig takes up the space of one offshore windmill (they are spaced a third to a half mile apart)—and you can’t even see the deepwater rigs from shore. But a row of windmills in the sunset view off Martha’s Vineyard is a blight even those committed to renewables don’t want in their backyard.

This article on Rockefeller University’s Jesse Ausubel’s paper on the impracticality of renewables (over nuclear) says:

“A wind farm the size of Texas would be required to extract, store and transport annual U.S. energy needs.”

And to throw one more wrench in the works, most of the climate change policy recommendations depend on technology that hasn’t been invented yet.

For all the handwringing about what global warming will do to the poor, it is climate-change policy that promises to keep the poor in poverty. All this so what Steyn calls the “warm-mongers” can help themselves to millions of taxpayer dollars and enhance their careers. As Nigel Lawson writes in his essay:

“Global warming orthodoxy is not merely irrational. It is wicked.”

Arm yourself and your children (for the propagandizing among young people is relentless) with an understanding of the background and the science involved. For a complete assessment of the global warming mania and how the science is tainted and how the money involved causes people to behave in unseemly ways read Climate Change: The Facts.